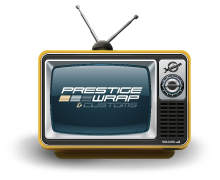 Hot off the press, see our latest projects, celebrities, ventures and vehicles

Martyn Ford – Audi A8 fully wrapped in nardo grey including alloy wheel refurbish and caliper painting, totally new look for this amazing new customer of ours. We where gonna go to gym but whats the point

John Newman’s Range Rover Vogue LWB Fleet fully re-sprayed with a Piano black top, British Racing Green bottom half, with detailing in chrome. This Fleet will driving around central London with many celebrities in it!

Simon Cowell’s Toyota GT86 fully wrapped in a beautiful Black Mirror Effect for one of the X Factor 2018 competitions. Hopefully the winner will be very happy with the car as well as with our work! P.S Simon was very happy 🙂

Gareth Bale, a co-owner of Sports Convo app, had his Ferrari fully digitally printed and wrapped in this crazy and mind-blowing design! Not sure if he will take this to Madrid and show his friends in the club, however, when we dropped car off in London we had crazy amounts of pictures taken: it is definitely a head turner!

We are Delighted to announce that Prestige Wrap and Customs is expanding worldwide and we are opening new branch in 2015 in Doha Qatar. We always wanted to reach out to this Market as we are very aware of how much people in Middle East appreciate their cars and Yachts. We hope to introduce new Techniques learned in London as well as innovative products from UK, Grand opening is scheduled for Summer Time 2015.

Wojciech Tomasz Szczęsny is a Polish footballer who plays for Juventus and the Poland national team as a goalkeeper. His composure, agility and command of his area led to his establishmentas Juventus first choice when he was 20. Szczęsny has earned over 20 caps for Poland from his debut in 2009, and was included in the nation’s squad as it co-hosted UEFA Euro 2012.

Rita Ora (born 26 november 1990)is an Albanian born british singer – songwriter and actress. She was nominated for three awards at the 2013 BRIT Awards,including the Brit Award for Best British Breakthrough Act. Rita is best know for her collaborations with : Rita has worked with super stars like Craig David Tinchy Stryder, Jay-Z Drake, Willi.am

Prestige Wrap Team in cooporation with London Motor Museum, taking a part of new Discovery Show which will be shown in 197 countries. As soon its ready we will post a video on our website.

Amethyst Amelia Kelly (born 7 June 1990), better known by her stage name Iggy Azalea, is an Australian rapper, songwriter and model.In January and February 2013, while working on her upcoming singles and The New Classic, which was announced to be released in the summer, Azalea was the opening act for Rita Ora’s Radioactive Tour, in the United Kingdom.

Tinie Tempah started out in 2004 when he joined the Aftershock Hooligans (Aftershock records) and recorded hundreds of songs with the fellow HooligansTempah released his debut single “Pass Out” through Parlophone on 28 February 2010. It entered the UK Singles Chart at number 1, having sold just over 92,000 copies in its first week, and sold sufficiently well to stay at the top spot for a second week as well. Tempah would later perform “Pass Out” on 25 June 2010 at Glastonbury on the Pyramid stage with Snoop Dogg. Tempah then announced his second single, “Frisky”, which was released on 6 June 2010 entering the UK Singles Chart at number 2. Tempah supported Rihanna for four dates in May on her 10-date UK tour with Tinchy Stryder and Pixie Lott

MARK DANIEL  RONSON  is an English DJ, musician,music producer and artist. He currently works with his band under the music alias of Mark Ronson & The Business Int. Mark is best know for his collaborations with : AMY WINEHOUSE –Back to Black LIL WAYNE  – I Am Not a Human Being LILY ALLEN – Littlest Things CHRISTINA AQUILERA –Slow Down Baby ROBBIE WILLIAMS – Bongo Bongo and… GHOSTFACEKILLAH or WALE To name but a few…. Mark is an award winning producer awarded with GRAMMY, BRIT AWARDS ,MOBO and more. It was lovely to have Mark   as a customer of  PRESTIGE CUSTOMS in summer 2012!

Oliver “Olly” Stanley Murs (born 14 May 1984 in Witham, Essex) is a British singer-songwriter, musician and TV presenter. Murs rose to fame after being the runner-up on the sixth series of The X Factor. He is currently signed to Epic Records and Syco Music. In late August 2010, Murs released his first solo single “Please Don’t Let Me Go”, which debuted at number-one on the UK Singles Charts, becoming Murs’ second number one single after releasing “You Are Not Alone” with the other series six finalists. “Please Don’t Let Me Go” received a Silver certification by the BPI. He released his second single from his debut album “Thinking of Me” which charted at number four on the UK Singles Charts, however the single also got a Silver certification by the BPI. “Heart Skips a Beat” was released and became his third number-one hit. Murs’ second single from his follow up album In Case You Didn’t Know, “Dance with Me Tonight” became his fourth to reach number-one. Murs released his self-titled debut album in November 2010, Olly Murs. The album entered the UK Albums Chart at number two, with the biggest week one album sales for a debut album in 2010, with over 108,000 albums sold. The album went on to sell over 600,000 copies, and was certificated double platinum by the BPI. Murs released his second album, In Case You Didn’t Know in November 2011. The album entered the charts at number one, and has spawned two number one singles.

Black Cobain was born in Alexandria, Virginia and fell in love with Hip Hop at an early age. His MC Moniker Black Cobain originated from childhood nickname Black being combined with Cobain in homage to his uncle who introduced him to Rock and Roll and world renowned band Nirvana and front man Kurt Cobain. Black Cobain performed the local circuit and various open mics within the DC, Maryland, and Virginia areas to garner attention and heighten awareness of his brand. Despite his affiliation with Wale and The Board Administration he worked effortlessly to cultivate his own buzz and did not collaborate with Wale,Rick Ross  until years after signing with the label because he put in his own groundwork and operates bychildhood reality and philosophy that nothing is ever given, more so earned.After a solid run releasing freestyles and f his requenting local performance venues, Black released debut mixtape, Now or Never. Now or Never focused on his transition into adulthood and the perils of inner city life. A year later, he released second mixtape, Now, a demonstration of a more evolved Emcee and better articulated and confident Black Cobain. Now had features from Wale, Raheem Devaughn, J Holiday, and Wiz Khalifa.

We are very proud to announce that Prestige Wrap work was noticed and appreciated by UK’s X-Factor producers and we were delighted to undertake a order for wrapping of four helicopters needed for judges photo shot for the 2011 first X-Factor episode. Wrapping of helicopters was new to us but having previous experience in boat and other vehicle wrapping we knew we can handle the job.

We are very proud to announce that Prestige Wrap work was noticed and appreciated by UK’s X-Factor producers and we were delighted to undertake a order for wrapping of four helicopters needed for judges photo shot for the 2011 first X-Factor episode. Wrapping of helicopters was new to us but having previous experience in boat and other vehicle wrapping we knew we can handle the job. After completing first order we have been instructed to wrap and brand four coaches needed for boot camp episode where the buses where used for carriage of all 2011 X-Factor contestants

Alexandre Dimitri Song Billong (born 9 September 1987), more commonly known as Alex Song, is a Cameroonian professional footballer who plays for Premier League side Arsenal and the Cameroon national team as a midfielder.

Prestige Wraps Shane Lynch interviewed at Chanel 5 in OK TV programme where He talks about His Gumball and Prestige Wrap journey.

The Gumball 3000 is an annual 3,000-mile (4,800 km) international road rally which takes place on public roads, with a different route around the world each year. Founded in 1999 by Maximillion Cooper, it sees an annual entry of 120 cars, which are mostly exotic and powerful sports cars. However, more unusual entries (such as police cars and camper-vans) have been seen. The Rally is not a serious race in the traditional sense of Rally races – there are no prizes for being fastest or official timekeeping of any sort. Organizers emphasize that it is a road trip adventure and not a race. Shane Lynch has won fearless award in GumBall 3000/2011.

The MPH Show is a supercar motor show. It is held every year at both London Earls Court and Birmingham NEC. The show takes up either one or two halls at both venues. There are two parts to it: the Exhibition and the Main Show.

Born in Liverpool, Danns began his career with Blackburn Rovers and enjoyed loan spells with Blackpool, Hartlepool United and Colchester United, before joining the U’s permanently in December 2004. After scoring an impressive 25 goals in 74 appearances for the Essex club, Danns moved to Birmingham City for a fee of L500,000 in June 2006. He won promotion to the Premier League with Blues in his first season and made a handful of top flight appearances before Palace paid L600,000 to take him to Selhurst Park in January 2008. During his time in south London, Danns passed 100 league appearances for the Eagles and became a firm.

Ronan Patrick John Keating – (born 3 March 1977) is an Irish recording artist, singer-songwriter, musician, and philanthropist. Keating debuted on the professional music scene alongside Keith Duffy, Mikey Graham, Shane Lynch and Stephen Gately, in 1994 as the lead singer of Boyzone. His solo career started in 1999, and resulted in 9 studio albums. Keating gained worldwide attention when his single When You Say Nothing at All was featured in the film Notting Hill and peaked at number one in several countries. As a solo artist, Keating has sold over 22 million records worldwide. Along with Boyzone, Keating has sold over 40 million records worldwide, and in Australia he is best known as a judge on The X Factor.
All articles loaded
No more articles to load 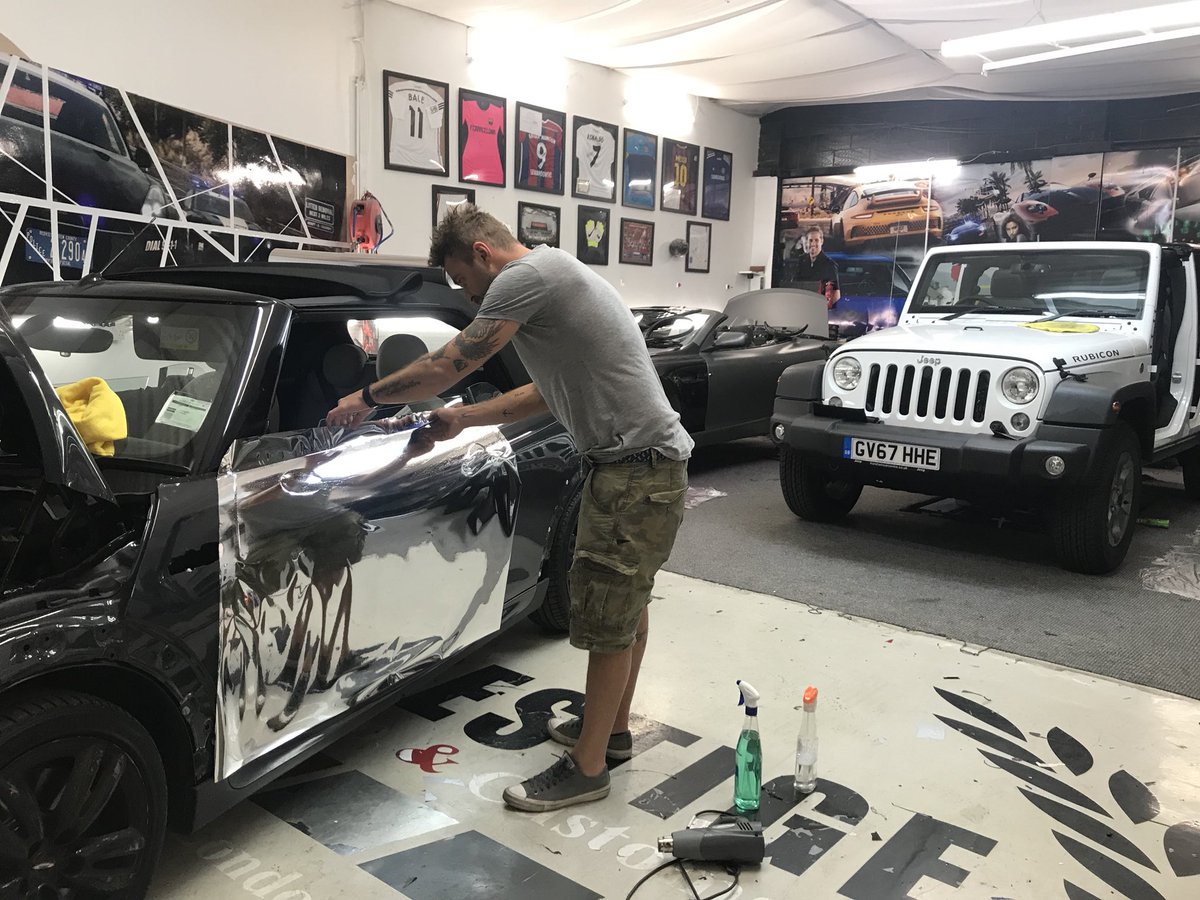 Car wrapping and customisation London. Vehicle vinyl wraps and customs near you.